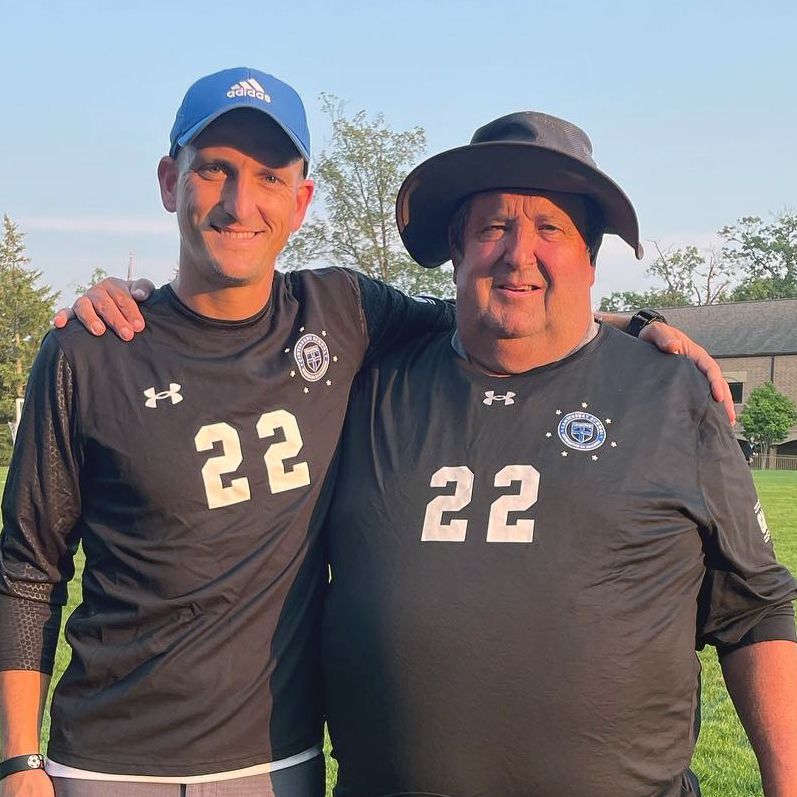 After coaching the Canterbury School Boys’ Soccer Team since 1984, coach Greg Mauch is retiring from the soccer pitch and handing the reigns over to Coach Blake Sharpe, who has been one of Mauch’s assistant coaches since 2015.

“Naming Coach Sharpe as the new coach is a great step forward for the team,” Mauch says. “He has been ready for this for a couple of years. He will continue to develop players, as he has done for several years and will now have the chance to put his mark on the program. He will provide a great environment and culture for the Canterbury players to continue the success they want.”

Sharpe and Mauch go back before Sharpe was an assistant coach for the Cavaliers. Sharpe played for Mauch when he attended Canterbury School and graduated in 2003.

“I had the honor to play for the Canterbury program under Greg (Mauch) and most recently have had the privilege to share the sidelines with him as his assistant coach,” says Sharpe. “So as a long time Cavalier, the opportunity ahead is one I take with a full heart. Canterbury Soccer is embedded in the the fiber of our school, and I will put forth every effort to carry out the legacy Greg has established.”

Sharpe takes the head coaching position with an impressive soccer resume. He was a NSCAA High School All-American in 2002 and 2003, and he was the 2003 IHSAA Player of the Year. After graduating from Canterbury, Sharpe was a four-year starter at the University of South Florida. Aside from coaching at Canterbury, Sharpe is also a Head Coach for Fort Wayne Sport Club and has been since 2009.