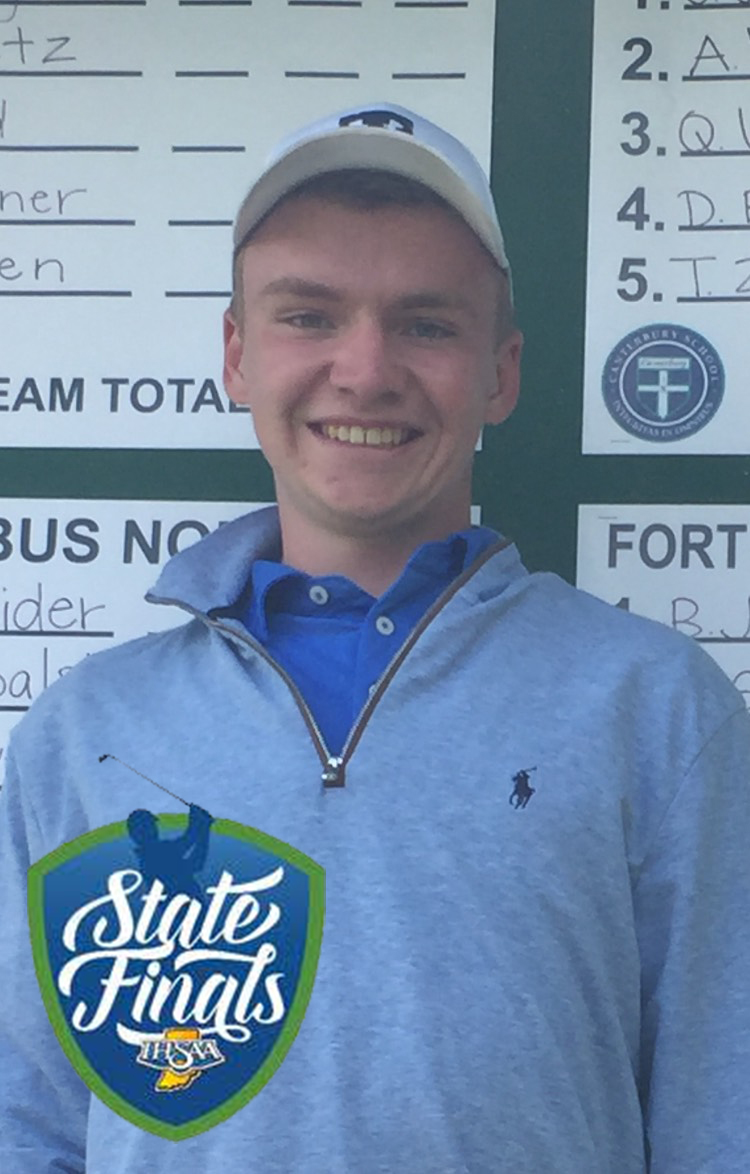 Canterbury’s Joseph Shaklik ’21 knew mid-June would be a monumental time in his life. After all, on June 11 he graduated from high school. However, June 15 and 16 have turned out to be more monumental days for Shaklik, as he’ll be competing in the IHSAA Boys’ Golf State Finals.

“I am very happy with how I played this season, and while I expected to place well in some events and shoot low rounds, qualifying for State the way I did by tying for first in the regional is more than I could have hoped for,” Shaklik says.

Shaklik has been a student at Canterbury for four years, but he started golfing when he was five years old. His dad taught him a lot about the game of golf, as did Coaches Doug Booth, Bob Schantz, and Jimmy Schantz.

This season, Shaklik finished in the top seven at the Warsaw Invitation, Brownsburg Invitation, and the Peru Invitational, all played on challenging courses. Then, at Regional, Shaklik was really on his A-game and tied for first place to advance to State

“He simply kept his head through the entire round,” Coach Bob Schantz says of Shaklik’s performance at Regional. “A lot of success in golf depends on having the right frame of mind, and I am incredibly proud of Joe for his equanimity in a highly competitive event.”

The State Finals are Tuesday and Wednesday at Prairie View in Carmel. Shaklik expects to play well but doesn’t have any real expectations. For the first time, he has no pressure of advancing or playing well for the entire team. He just wants to enjoy his last two rounds of high school golf at one of his favorite courses.

Just four days before he plays in the State Finals, Shaklik graduated from Canterbury High School. He said he’ll miss his friends and bonds he’s made with faculty and staff like Schantz, Mr. Dave Walda, and Mr. Ottenweller.

“Mostly, I will miss the million little things and countless fun, exciting, and stupid moments that made my four years at Canterbury so enjoyable and the time of my life.”

Good luck at State, Joe! Canterbury is rooting for you!