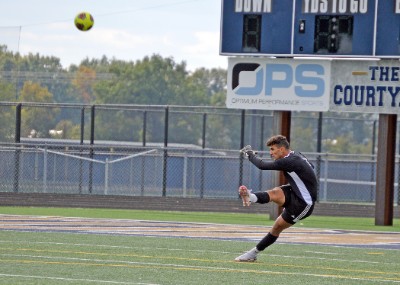 By Natalie A. Trout
Director of Marketing & Communications
December 6, 2021

Only 88 boys were selected to be on the All-American team. Anabtawi is one of five Indiana boys players named to the team, and he is the only Fort Wayne player. He is one of 12 juniors to make the team, with the rest being seniors.

“He’s made great strides every year as a goalkeeper, and he works very hard,” said Canterbury soccer coach Greg Mauch. “Saed’s got God-given talents, and he’s making the most of them.”

“Saed is not afraid of hard work,” Mauch said. “He has been told the things he needs to work on, and he continues to work to fix those things. It’s definitely paying off. He’s a remarkable player.”