Today we celebrate the winter recipients of our Middle School Cav-E awards, the Darby Maggard Attitude of Gratitude Award and the Austin Hatch Grit and Persistence Award. These awards are meant to recognize important character traits, ones that will lead to success not just in athletics, but in all that you do.

I would like to congratulate all of you who played basketball this season. I truly hope you had fun, improved your skills, and that you will continue to play Canterbury sports in future seasons.

Our first award is the Darby Maggard Attitude of Gratitude Award:

And now a little bit about each recipient, as written by their coaches:

This young man was always polite and did what I asked with no problems. He helps teammates when they need it, has  always been very humble, respects the game and others, and plays the right way by working very hard no matter what the obstacle is. A great kid who understood and was appreciative of the fact that he was able to play basketball and had great teammates. He treated everyone the same no matter who they were. Congratulations to Taurean Brown!

Throughout the entire season this young lady showed constant respect to me personally and was always eager to listen and learn. She never made an excuse if she made a mistake and applied any criticism from myself and Coach Jim into her skill work, which bettered her as a basketball player. She not only was a hard worker in every practice and game, but also carried herself respectfully even if referee calls didn't go her way. This Darby Maggard award recipient is Sofia Carver.

This young man is the model teammate who works hard every day and has a great attitude. He is always kind, respectful, and gracious to everyone while competing at a high level. His humble demeanor, positive attitude, and leadership made him a joy to coach and helped our team to get better every day. Congratulations to Jackson Glassley.

This player has consistently shown joy, respect and enthusiasm throughout the season. He is respectful of the competition and the officials, is encouraging to his teammates, and shows a genuine love of the game. The next Darby Maggard recipient is Mitchell Gray.

This young man exemplifies many of the qualities for whom this award is named after. Darby is driven by a passion and love for the game that comes from somewhere deep within. This season, it became apparent that this player also possesses that same drive as he went about his business in a humble, yet fiercely competitive nature, never taking one moment on the court for granted. Way to go, Ben Hardin!

This young lady, though totally new to the sport, soaked in every opportunity to learn the game. She gave her best effort at every practice. She was teachable, asked great questions, and never complained. Her coaches could trust that when she was in the game she was going to do everything she was asked to do. This player was a gracious teammate and opponent with mental toughness and a ready smile. Congratulations go to Caroline Hirschy.

This player demonstrated a wisdom beyond her years this season. She respected her teammates and described the team as "her family." She worked hard to improve all aspects of her game, even thanking coaches and refs for correcting her mistakes to make her a better player. Whether she was on the court or on the sideline she was always encouraging her teammates. This deserving recipient is Manhattan Morrissey.

This young lady came into the season not knowing a whole lot about the game of basketball, but that did not stop her determination and hard work during not only games but every practice. I really appreciated her coachable and teachable attitude, whether it was learning plays or a new skill she had not tried before. Congratulations to Brianna Wing, the final Darby Maggard Attitude of Gratitude recipient.

The next award is the Austin Hatch Grit and Persistence Award.

And now a little bit about each recipient, as written by their coaches:

When this player was in the game, there was never any doubt that she was going to play all out! Her hustle and effort made all her teammates better. She worked hard in every practice and was a kind, team player. When we needed a defensive stop or there was a loose ball, she was all over it. The first Austin Hatch award goes to Malika Ahmad.

It is difficult to say whether I was harder on this player or she was harder on herself. This girl not only made it to every practice, but was also at every game (including 7th grade even when not playing) cheering on her teammates and shooting at halftime. She constantly pushed herself in practice and throughout all four quarters of the game. Not only did she push herself to become better, but she was a constant support to her teammates. Her limit is the sky. She has potential not only as a basketball player, but to also become a great leader for the peers surrounding her. Congratulations to Kiora Bell.

This player ran our offense with a calmness and maturity beyond her years. She was able to see the floor and quickly read if it was time for a set play or a fast break.  She did a great job looking for her open teammates. Small but mighty, she could outrun and out-hustle anyone who tried to guard her. This young lady communicated well with her teammates, encouraging and directing them in ways that made the whole team better. Nice job, Trinitee Brown!

This player was such a pleasure to coach this season, and I cannot wait to see how she evolves in the future. She is the player who would come in before practice to get up extra shots, look to the coaches during a game for feedback, and a player that Coach Jim and I trusted with ball handling. She is a great player and an even better teammate. I was honored to coach Grace Chaille this season, and the sky is her limit. Congratulations, Grace!

This young man is a tireless worker and tough basketball player who gave his all each and every day. His enthusiasm and competitive spirit were infectious for our team and helped us tremendously. These qualities allowed him to improve immensely throughout the year and made him a pleasure to have on our team. The next Austin Hatch award goes to Greg Fruchey.

This player was the glue for our team. He kept us driving and made sure we had a winning attitude no matter who the opponent was. He helped teammates understand that toughness comes from maintaining a high level of hard work and discipline. He held himself and his teammates accountable for everything it takes to have a great season. At the same time, he also understood the importance of having fun at whatever you are doing. When we failed he took it on the chin and helped everybody learn from their mistakes to get better. Nice job, Alden Greider!

If I had to describe this player in one word it would be  "scrappy." She was truly a threat on both ends of the floor. She was one of our leading scorers and led the team in rebounds. Her hustle and determination on loose balls and help defense enabled her teammates to hold opponents to low scoring games. She was our defensive specialist, able to shut down the leading scorer for other teams with her tenacious, never let up style. Congratulations to Ruby Greider!

This player finished every single windsprint first for the entire season. He showed persistence in the pursuit to improve not only for himself but for his entire team. He challenged himself and those around him to be the best they could be and his leadership by example showed. Our final Austin Hatch Grit and Persistence award goes to Thomas Kelley.

I hope that all of you, as an Artist, as an Athlete, or as a Scholar, attempt to bring grit and persistence and to show gratitude in all that you do every day. Have a wonderful day, Canterbury students and teachers! 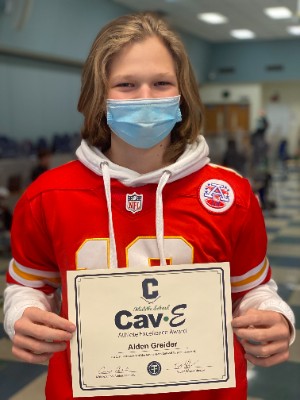 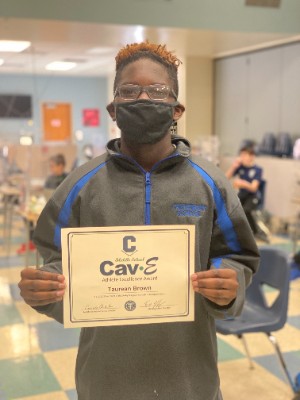 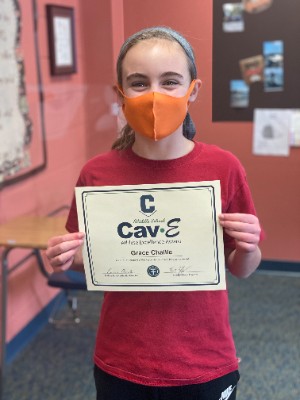 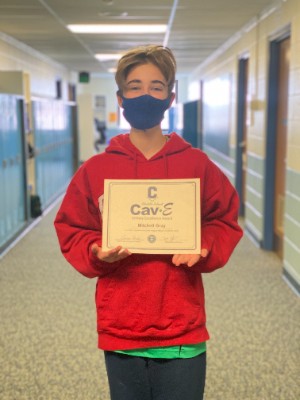 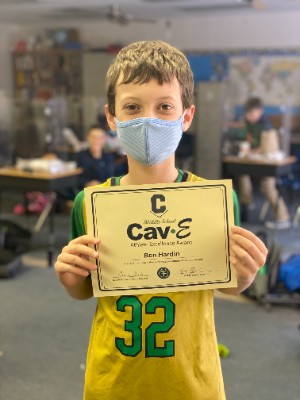 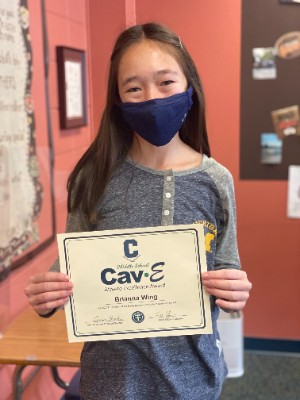 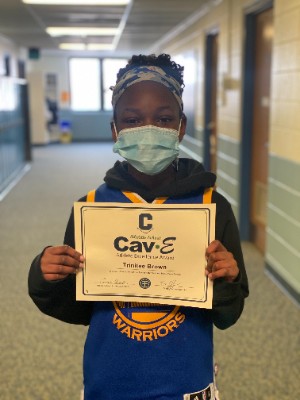 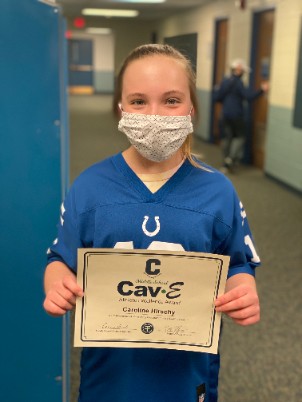 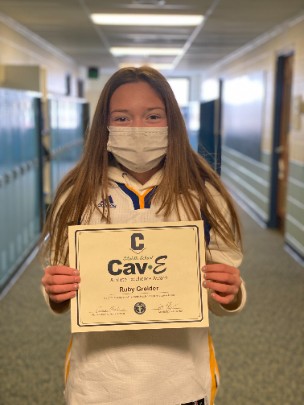 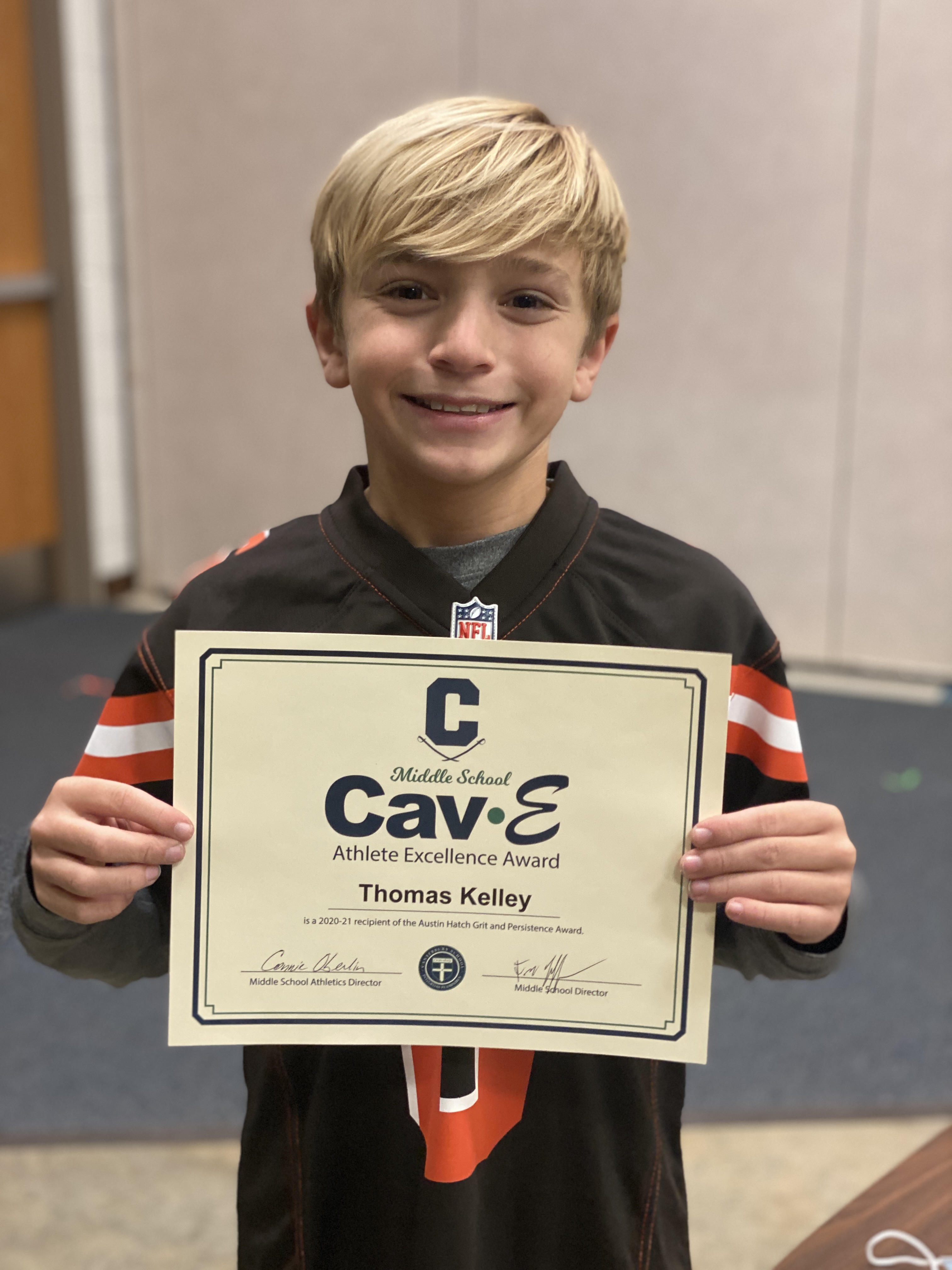 The Canterbury Athlete who shows appreciation and is thankful for the opportunities presented. This athlete is kind and respectful of teammates, opponents, officials and coaches, as well as the sporting arena as a whole. Gracious regardless of the outcome of a game, this athlete maintains a humble disposition while working to be the best he or she possibly can be.

The Canterbury Athlete who shows persistence and toughness over time, maintaining a level of work and discipline that will lead to success. Exhibiting enthusiasm for every facet of the athletics experience, this athlete displays the resilience to rise up from failures and use them as lessons to grow stronger.