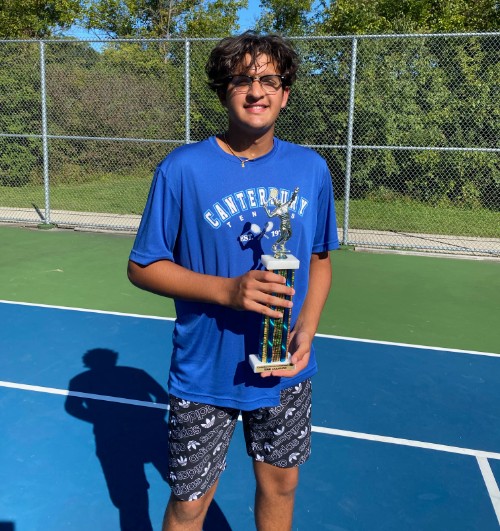 As a youngster, Canterbury's Kush Anand ('23) would see Roger Federer playing tennis on television and wanted nothing more than to be like him. So at the age of 8, Anand started taking tennis lessons. Eight years later, and he's playing for a State Championship.

"I want it the most out of anybody," Anand said of his aspirations to win a state title.

For 13 years Anand has been a Canterbury student.

"My favorite part about playing for Canterbury is the support I get from the teachers, students, and parents," he said. "This makes me motivated to play and train harder and eventually bring home a state title to Canterbury."

Outside of Canterbury, Anand plays in individual tournaments throughout the Midwest and nationally, and also trains with multiple individual coaches.