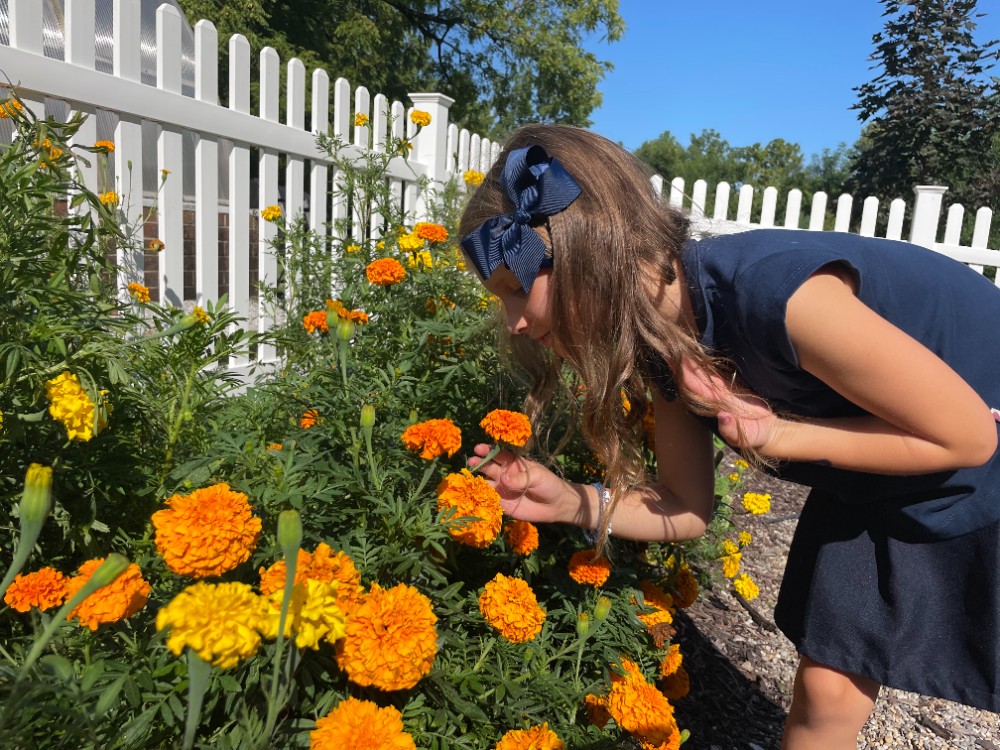 By Natalie A. Trout
Director of Marketing & Communications

About eight years ago, Canterbury's Horticulture Science Teacher Ted King saw an ABC Garden alongside a nature lodge in an Indiana State Park. He thought the idea of assigning letters to different areas of the garden was a neat idea, but this particular garden only displayed about half the alphabet.

"I decided I would, along with my students, tackle a similar project," King said. "Through the last few years, students have contributed to the construction and initial plant selection (of Canterbury's ABC Garden). All of the plantings have been started and/or are maintained as a part of Horticulture class activities."

King, who has been teaching at Canterbury for 34 years, has made sure that Canterbury School's ABC Garden has plants from every letter of the alphabet. Keep in mind, though, that not all of the plants are in bloom at the same time. The garden is open for Canterbury classes and community to enjoy from spring break through the end of October each year. There is a gravel path to travel as visitors move through the alphabet.

The garden takes a lot of work, with almost constant weeding, pruning, deadheading of spent blooms, repair from storm high winds, soil prep, and more. King's Horticulture class works in the garden, gaining practical experience in garden maintenance. King likes to think of the garden as a living teaching laboratory for his students.

"The garden adds beautification to the Canterbury School campus, can be a great stress reducer, introduces plant varieties to homeowners in the community, and could provide a stimulus for hesitant students, parents, and faculty to get involved with gardening at home," King said. "This is a feature unique to Canterbury."

King plans to display the current plant selections for another year, and then he will change the theme. He's considering doing "Plants of the Bible" for a few years, but is also open to other creative ideas.

The ABC Garden doesn't currently have plant names with each selection, only the letter of the common name. He challenges visitors to provide the names of each plant in alphabetical order and sending it to him at tking@canterburyschool.org, but no using plant-identification apps!

"Who knows," King said. "Maybe a valuable prize will be awarded to the earliest and most accurate submission." 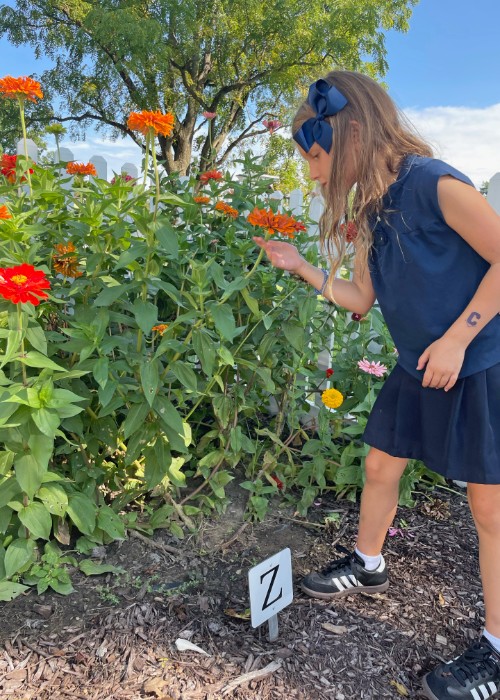 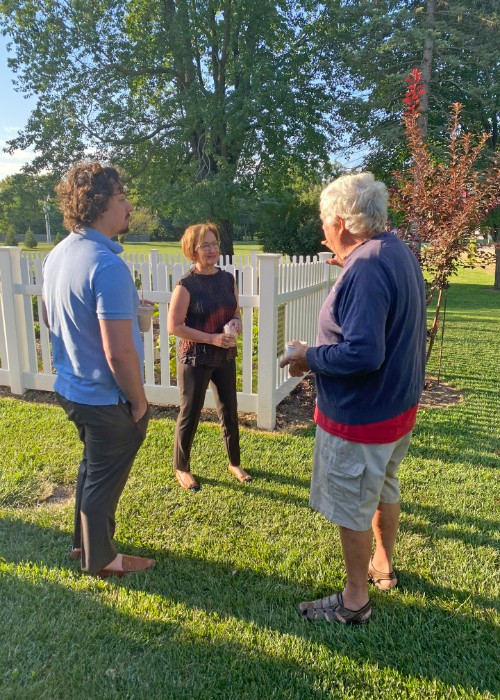 The ABC Garden was made possible by a gift from John and Marcia Crawford, parents of Canterbury alum Grant Crawford '15. Marcia was a Canterbury Board of Trustees member from 2002-2014.