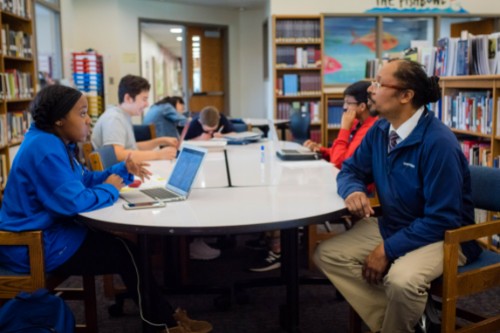 In February, College Board, the powerful entity that proctors Advanced Placement courses, the SAT, and Subject Exams to millions of high school students across the US, announced that it will pilot a new Advanced Placement course, AP African American Studies, to 60 select American high schools.  Canterbury School has been secured as one of those schools to pilot the program.

The course will explore the histories and cultures of people of African descent in the United States and the Western Hemisphere, with particular focus on historical developments beginning with the role of precolonial societies in West and Central Africa, before addressing the subsequent rise of the Transatlantic Slave Trade and the Atlantic world as a system of exchange. The journey will engage the antebellum period, Black Reconstruction, the Great Black Migration that saw 6 million African Americans leave the American South fleeing its repressive violence for northern cities, participation in the World Wars I & II, and more recent historical developments.

The course will also examine key aspects of African American culture, including foodways, religious practices and their creation of educational institutions and mutual aid associations. Not to be left out, the course will also explore themes in the Fine and Performing Arts, including African American development of key traditions including gospel, jazz, dance, cinema, and hip hop, and the enduring literary and painting traditions that stretch back to the Colonial period.

In helping frame the enduring struggles for liberation, the AP African American Studies course will offer students, for the first time, access to the rich, documented evidence of this important culture group's impact in the United States.