Bringing Back the 90s 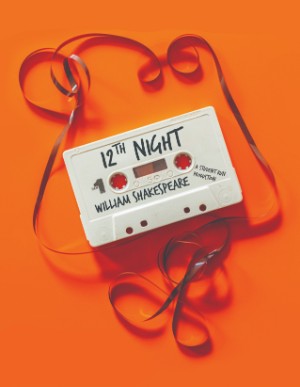 Canterbury High School is bringing back the 90s to the stage on Friday and Saturday with their version of William Shakespeare's Twelfth Night. Student directors Gavin Bowe '22 and Rita Zambrano '22 are excited for the community to see the show, and they are grateful for their experience as directors.

"Directing has been a whirlwind of learning experiences," Zambrano says. "We have complete artistic freedom, and working with (Bowe) and Alex (Elko '22), to bring our 90s themed show to life has been so much fun."

Zambrano says the 90's references and gimmicks sprinkled into the show make Shakespeare easier to understand and make it more lighthearted.

Bowe and Zambrano each agree that directing a show has been exciting, but also a huge responsibility.

"I've grown so much as a person from scheduling rehearsals, cooperating with the cast, and overseeing everything that happens in the theatre," Bowe says. "I will forever cherish this home away from home."

Bowe also credits his co-director with making the tough job of directing worth every step of the way.

"She makes life much easier with her unwavering talent and vision," he says. "It's a gift to share the direction with her."

For Zambrano, she has gained a new respect for Canterbury directors Dr. Joyce Lazier and Ranae Butler. She says they make directing a show look easy.

"There's so much more that goes into directing a production than I could have ever imagined," she says. "I'm so grateful for the guidance they've given us along the way."