Learning from the Night Sky

While things on earth may seem in disarray lately, we can always look to the night sky for visions of incredible things to keep us grounded and to remind us that we are but a spec in a massive universe.

"Astronomy is important because every time you look up at the sky you are looking at things in the universe," said Canterbury science teacher Edward Chiang. "We are learning more and more about the universe because of technology and increased space exploration."

Chiang, who has been teaching at Canterbury for 28 years, also teaches AP Physics, Physics, and Meteorology. In Astronomy, students study the solar system, stars, constellations, galaxies, and more.

Each year, Chiang brings his telescope out for a night viewing session with students. Last week they viewed the craters of the moon, the rings of Saturn, and the moons and bands of Jupiter. The viewing session was optional, and eight out of the 12 students in the class attended.

Senior Lena Alt said the viewing session was really special and that she appreciated the extra time and effort Canterbury teachers put into their learning.

"It's one thing to see the planets in a picture on a screen, but when you can see them with your own eye through a telescope, and seconds later be able to see them as a tiny spark far away in the sky, they really become real," Alt said. "Personally, looking at Saturn was the neatest thing that we did that night. It's an insane feeling to be able to see the rings around the planet for the first time."

Senior Carter George also enjoyed his time at the viewing session, but found something else to be the most exciting.

"I think seeing the surface of the moon in great detail was what I found most interesting," George said. "The craters were extremely visible and neat to look at in person."

To learn more about Canterbury High School and other classes offered, click here. 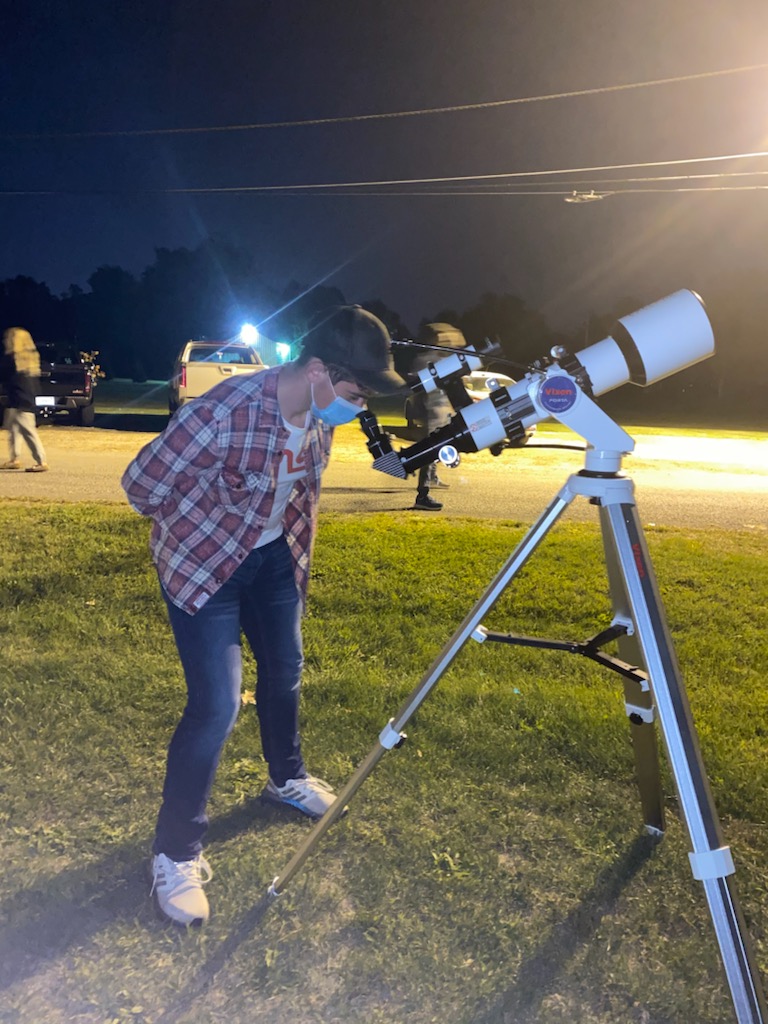 I think that my favorite thing about Astronomy class is that Mr. Chiang makes sure to not only explain concepts to us but to show us demonstrations to help us visualize the concept.